How much is that nap in the window?

How much would you pay for a desperately-needed nap? Enough to keep multiple “nap lounge” startups in business, if the recent proliferation of these spaces is any indication. Nap lounges have been opening in strategic locations throughout the United States, catering to travelers, 80/hour week workers, and the many others who find themselves sleepy at times when they can’t make it to a full bedroom suite. Accepting walk-ins and/or online or smartphone bookings, the lounges sell a quiet secure space for slumber.

New York alone is home to several. The Dreamery in NYC does double-duty as nap space and showcase for the wares of its owner, mattress company Casper. For $25, adults 18 and older get 45 minutes in a nook that features auto-fading lights (that gradually turn back on at session’s end), a pendant light for reading, a sound-absorbing back wall, and a bedside shelf with outlets. The use of pajamas, skin products, and a toothbrush is also included.

At its location near Times Square, Nap York had 8,000 customers in the just under a year that it was open, according to Business Insider. “Thank you for supporting our pop-up, the response surpassed our wildest dreams. We’ll be opening brand new stations in 2019 to accommodate all Nap Yorkers better,” the company’s website now states. In addition to per-nap pricing, Nap York also offers “memberships” to people who want to purchase multiple naps a month at a discount.

Across the country in Los Angeles, parents can indulge at Spa Le La, where childcare services are free or of nominal cost (for families who bring more than 1 child) while adults get spa services. Among the services? A 25 minute nap for $40.

A startup named Hohm plans to ultimately work similarly to location-based services such as Lyft car service or Lime electric scooters; its mobile site will help users find and reserve the nearest Hohm nap pod. (Currently, units are only available at the University of Arizona.) 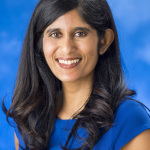 Airports are seeing nap lounges open as well, mostly post-security. Sleepbox just opened its doors at Washington Dulles International Airport. Its mission is “to launch Sleepbox in every major airport and city,” according to its website.

It has some competition on that front. In 2018, Minute Suites announced 4 new locations at Hartsfield-Jackson Atlanta International Airport, in addition to new nap lounges at other airports across the country. A press release boasts that Atlanta airport travelers will be able to reach a napping zone “within 5 minutes from anywhere in the airport.” Chris Glass, vice president of Minute Suites, says, “It is centered within the hustle and bustle of one of the busiest airports in the world, making the Minute Suites experience a true private space in a public place.”

Sometimes a quick fix of a nap is well-worth the time and, if away from home, money. After all, for sleepiness, there is no true solution but restorative sleep. But for nap lounges that see many repeat customers, referrals to sleep physicians and to programs that emphasize prioritizing sleep during nighttime hours are a better—and ultimately more cost-effective—cure.